Mehran Tebyani has had the high honor and good fortune of studying under the Piano Maestro Javad Maroufi. As a child in Iran he showed a great love for composition and conducting. His career as an adult has demonstrated a passion for combining Iranian traditional music with classical music structures and performance traditions.

He began his music studies with Maestro Mehran Rouhani. Eventually his education led him to Professor Alireza Mashayekhi, professor of composition at University of Tehran and principal conductor of the Iranian orchestra for new music.

His distinguished music mentors during his freelance studies at University of Tehran included Mr. Mustafa Kamal Pourtorab, Mr. Sharif Lotfi, as well as his private instructor, Professor Mashayekhi. Also he has completed a conducting master class at Tehran University under the tutelage of the great professor Edo Micic, guest conductor of the Tehran Symphony Orchestra.

During this period, he extensively researched the rich tradition of Iranian music, with a special emphasis on the intricate subtleties of Iranian singing. His incorporation of traditional Iranian music into classical structures resulted in original compositions such as The Rose of Love for Double Choir in English and Farsi, and Lullaby in Farsi for Orchestra, Harp, Santoor, and Choir, both of which incorporate traditional Iranian themes.

He has been a member of the Tehran Contemporary Music Group as a composer since 1996. Eventually, he received the honor of being appointed assistant conductor of the Iranian Orchestra for New Music by its director, professor Mashayekhi.

After this early recognition, Mehran did not hesitate to push the notes forward with his drive to pull together ninety five musicians resulting in his role as conductor of the Eshragh Choir & Orchestra. This led to a new series of concerts and resulting standing ovations at Eshragh Hall. Featuring the chamber orchestra, choir and string orchestra, guitar orchestra and choir over a short period of five years (1996-2001) set the stage for great achievement to come.

The Royal College of London awarded Mehran his O-level certificate in music. This Oxford, Cambridge experience opened the door to being appointed as Examinations Officer of music in Iran by Oxford Cambridge Royal College, whereby he oversaw A-level examinations in Iran on behalf of OCR.

Reflecting his organizational skills, for the following nine years he was the director of the Music Faculty at BIHE University in Iran. His duties at the university also included teaching piano, musicianship and harmony, orchestration and conducting the choir.

Since relocating to Los Angeles Mehran has studied music at the internationally recognized and respected top transfer school Santa Monica College. In a continuation of his dedication to his professional objectives he was accepted to the Mike Curb School of Arts at California State University, Northridge in conjunction with the highly regarded Valley of the Performing Arts Center, where he completed composition program with Professor Liviu Marinescu in Bachelor’s degree. Then he studied Orchestral Conducting program with Professor John Roscigno in Master’s degree. Ultimately, he finished his Doctoral degree in Organizational Leadership program at Pepperdine University, Graduate School of Education and Psychology.

Mehran Tebyani launched the Beverly Hills Music Conservatory– BHMC in Los Angeles County and he was the principal of school from 2010. Presently, he is the founder and principal conductor of Beverly Hills Philharmonic Orchestra– BH Phil. 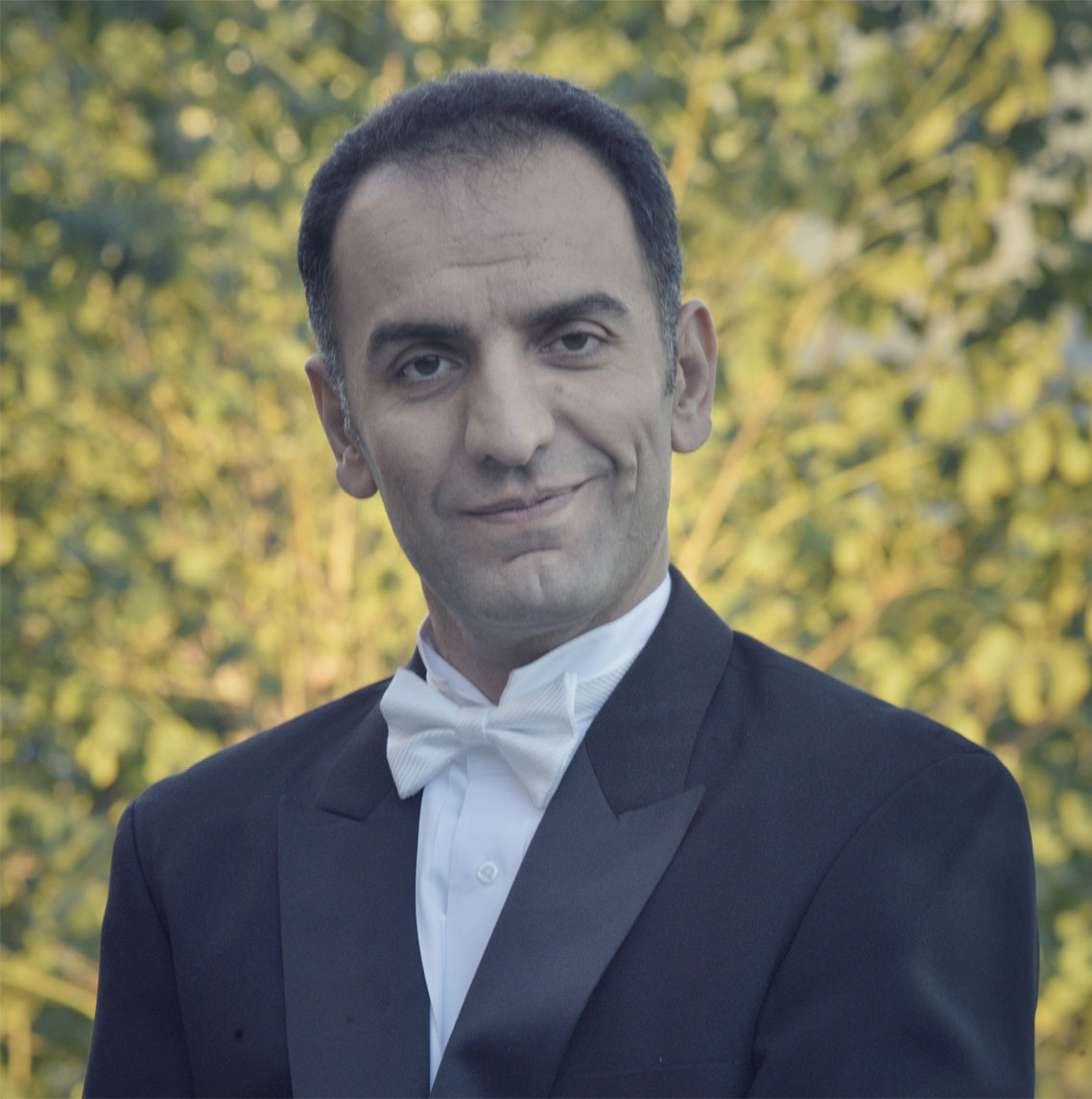 Internationally, Dr. Mehran Tebyani is the first and only Iranian conductor who has obtained academic degrees in Orchestra Conducting and Organizational Leadership from universities at master and doctorate levels.